All states have set deadlines for when a patient may file a civil claim, known as statutes of limitation, for medical liability and malpractice claims. The majority of the states have special provisions regarding the time limits for minors to file medical liability and malpractice claims. Twenty-two states have special provisions regarding foreign objects.
Ill. Rev. Stat. ch. 735, §5/13-212 and §5/13-215 Two years from discovery but not more than four years from act. Minors: Eight years after act but not after age 22.
If a person liable to an action fraudulently conceals the cause of such action from the knowledge of the person entitled thereto, the action may be commenced at any time within five years after the person entitled to bring the same discovers that he or she has such cause of action, and not afterwards.

Find an Experienced Birth Injury Attorney in your Local Community 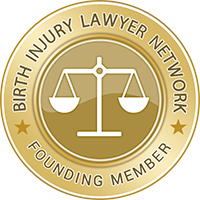 About the Birth Injury Lawyer Network
Birth Injury Lawyers Network is a network of US law offices and attorneys specializing in birth injury claims resulting from medical malpractice or negligence during pregnancy or delivery. The content of this website is provided for informational purposes only, and should not be construed as legal advice. Always consult with an attorney regarding any legal issues.
For Public
Lawyer Referral Service
Find a Lawyer
About Us
Why Choose Us